There is nothing like curling up on the couch with a book that truly transports you to another place and time. These books satisfy those of us looking for some armchair adventure while our own adventures are on hold. 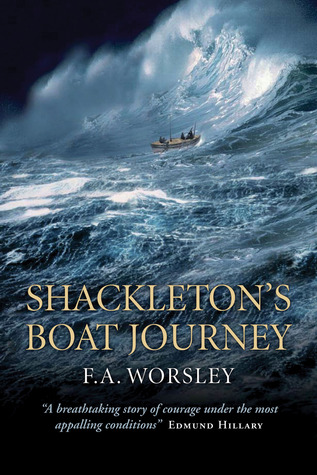 Many are familiar with British explorer Sir Ernest Shackleton’s ill-fated 1914 expedition to the South Pole. This account, written by the expedition’s navigator, picks up after the Endurance was trapped and wrecked in the Antarctic ice. In a valiant effort to save his crew, Shackleton transferred his men to three tiny lifeboats and sailed 800 miles through the Southern Ocean in winter. This story is jaw-dropping in it’s extremity, completely riveting, and relatively short compared to most tomes of polar exploration. The Push, by Tommy Caldwell

This autobiography is the basis for the popular film, The Dawn Wall. (Which we're screening via Netflix Party Saturday, March 21st!) It delves much deeper into Caldwell’s youth and career. This story will leave you awestruck and inspired, even if you’ve already seen the movie. If you’re missing the gym or bummed out about cancelling a climbing trip, you might just want to sit back and enjoy a Tommy Caldwell training montage. Astoria tells the story of John Jacob Astor’s little-known effort to establish an American colony on the Pacific coast. He sent teams by land and sea to the mouth of the Columbia river, where they established a trading post and struggled to survive in the hostile environment. Peter Stark is a correspondent for Outside magazine so this book is a readable adventure story with a solid history lesson from Manifest Destiny America. Classic Krakauer: After the Fall, Mark Foo’s Last Ride, and Other Essays from the Vault by Jon Krakauer

Anything by Jon Krakauer is guaranteed to be a good adventure tale for those of us craving some second-hand endorphins. This collection includes essays from his exemplary journalism career. There is something for everyone, from big-wave surfers to spelunking NASA scientists. Since they are essays, you can read them in between planning your own future adventures.